At accused.me.uk, we believe that people who are subject to an accusation of rape or another serious sexual offence, should be offered anonymity before conviction, not trial.  It is impossible for the courts to determine in advance who will be found not guilty, and even more difficult to establish who is innocent, and has therefore been the victim of someone who’s tried to frame them.  All of this makes it very difficult – and very harsh – on people who are accused, if their names are broadcast publicly before conviction.

When the London Telegraph printed our stories in October 2015, they asked their readers if people accused of rape should be offered anonymity.  97% of over 4500 people who responded agreed. 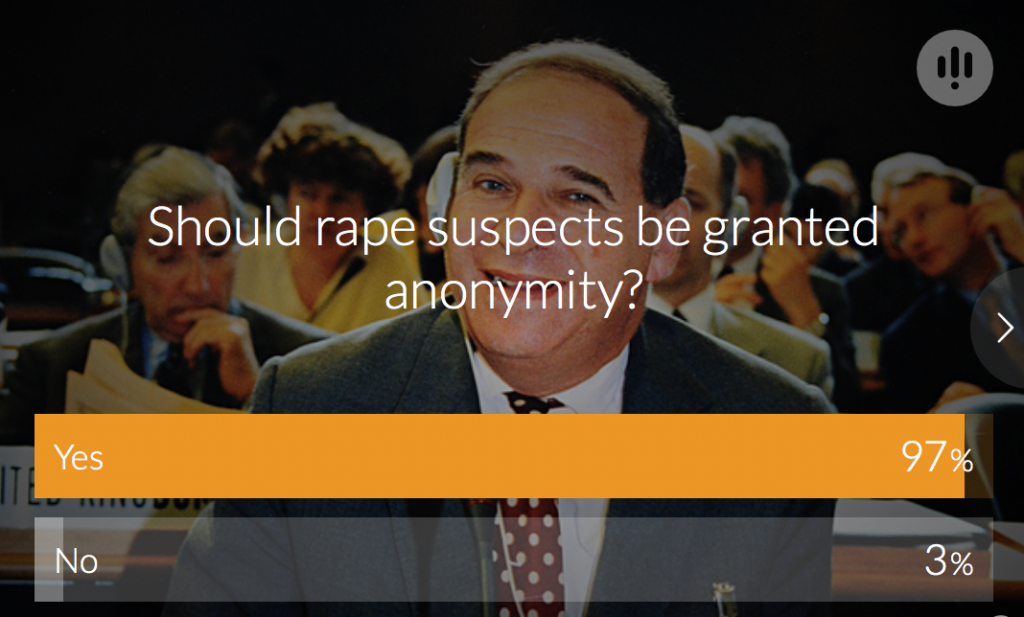 At accused.me.uk, we believe that men who are subject to rape allegations should remain anonymous unless they’re convicted.  Apart from in one situation.  And that is where the police can persuade a judge that a man might be a serial rapist, and to release his name publicly so that other potential victims might be encouraged to come forward.

We believe the same argument should apply to people who have made up serial allegations that the police believe might be false.  Take the serial accuser, ‘Nick’, the man at the heart of the discredited Dolphin Square allegations about Ted Heath, Lord Brittan, Harvey Proctor, and now Lord Bramall.  The police have publicly given his allegations credibility.  And yet not a single public figure, whose reputations are now irrevocably tarnished, has been charged.

In the Telegraph of 19th Jan 2016, Lord Bramall’s son makes a convincing case that ‘Nick’ should be brought out from the shadows.  In order to protect decent men from serial liars, accused.me.uk believes that it should be possible for a judge to waive the right anonymity in cases such as these.

Good news for all of us today. The new 28-day limit on police bail comes into effect.

Balanced article on rape from the Grauniad

Balanced perspective on False Allegations (US)